It was a great weekend… we arrived back from the AUVSI XPONENTIAL Conference in cool Chicago to 75-80 degree sunny weather in Redondo Beach.

Via Flying Lion’s contract with Redondo Beach Police Department, we provided aerial ‘over-watch’ for the first annual Beachlife Festival. Supporting the Redondo Beach Police, Fire and Public Works department — the Flying Lion team had at least one drone in the air for all 27 hours of the festival. Drones remained over the perimeter of the Festival to avoid flights over people.  This helped monitor medical emergencies, traffic and police activities.

In addition to over-watch support, we had a technology team that was able to detect and monitor non-sanctioned drones in the area. This allowed the Police to contact pilots to have them avoid the Festival area to ensure a fully safe environment for Festival attendees. 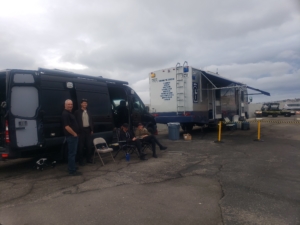 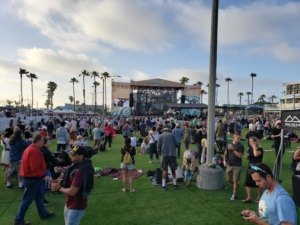 Photo from within the 1st Annual Beachlife Festival in Redondo Beach.

Want to join the discussion?
Feel free to contribute!